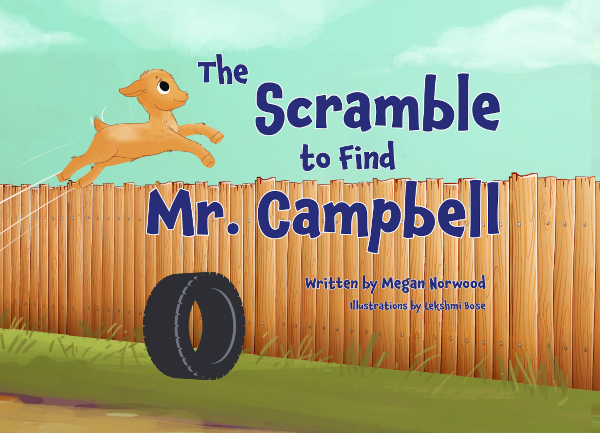 Based on a true story about Campbell, a very agile goat.
He was born at Sunflower Farm in Cumberland, Maine.
Roughly four weeks after kids are born, they are separated from their mamas at night to learn how to eat hay and grain with the other kids. The mamas are milked in the morning, and then the big reunion happens, when the kids join their mamas for the rest of the day.

Every year, the farm has one kid that has to be with their mama, and in 2018 that kid was Campbell! He would jump out of the stall every night to get back in with his mama, Olive. Between eight and twelve weeks, he was weaned from his mama’s milk and came home to Marbell Acres Farm in Woolwich, Maine, with his brother Mars. On Campbell’s first day home with his new goat parents, he jumped up on their shoulders and showed them how agile he really was. Things were going great…until one day when, while his parents were at work, he jumped their six-foot stockade fence and disappeared! What happened next? You’ll have to read to find out!