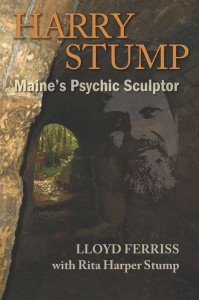 Based in part on Harry Stump’s previously unpublished autobiography, it is the story of a Holland-born sculptor with an acute sense of telepathy. Stump was a teenager when Nazi troops overran Holland. His adventures in the Dutch Underground made him a hero. Stump survived two Gestapo imprisonments and immigrated to New York in 1950. Though poverty stricken at first, his grit and psychic gifts attracted the attention of choreographer George Balanchine’s, Balanchine’s   wife, Tanaquil Le Clercq, and an heir to the Astor fortune, among others. He moved to Maine, where he joined the secretive Round Table Foundation. There he became friends with British writer, Aldous Huxley, who makes mention of Stump in his collected letters. In later life, Stump’s imaginative sculpture was sought by collectors including actor Robert Redford and rocket scientist Wernher von Braun. Lloyd Ferriss’ book, an honorable mention reciipent in the 2013 New England Book Festival, brings to the forefront an important 20th Century personality, and heretofore little known details about Aldous Huxley’s three-week stay at Maine’s Round Table Foundation 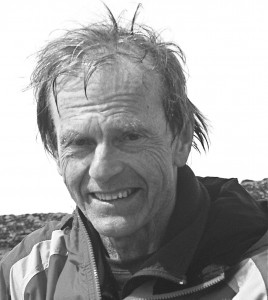 Lloyd Ferriss is a journalist who wrote features and a garden column for the Maine Sunday Telegram. In this nonfiction book, he reveals the unusual life of Holland-born sculptor Harry Stump, whose courage and acute sixth sense helped him survive four years of anti-Nazi warfare in the Dutch Resistance. Teaming up with the sculptor’s widow, Rita Harper Stump, Ferriss had access to the sculptor’s heretofore-unpublished autobiography that details his post-immigration life at Maine’s mysterious Round Table Foundation, where Stump was a close friend to British writer, Aldous Huxley.