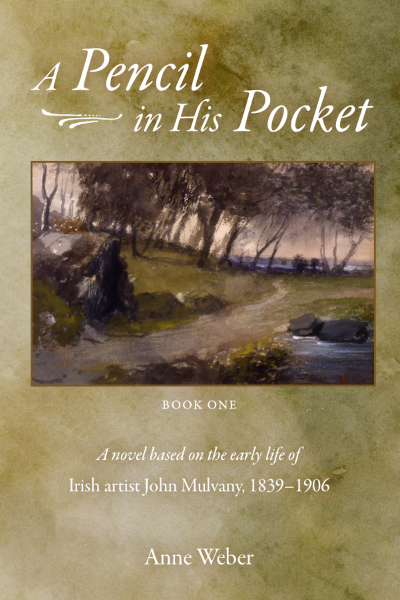 Irish artist John Mulvany painted Custer’s Last Rally in 1881 to wide acclaim, yet little is known about his life and career today. In the first of three historical novels, Weber explores his early life in Ireland before and after the famine, his journey to America circa 1851, and his survival as a tow boy on the Erie Canal. While in New York City between seasons, Mulvany develops his natural interest in art and the art culture of the metropolis. He is also exposed to the politics of his homeland as he is groomed to take part in the Irish fight for freedom.

Anne Weber grew up on Long Island and currently lives on a small island off the coast of Maine. She earned her BA in Studio Art at SUNY Binghamton and then attended the New York Studio School in Manhattan. She wrote a monograph, The Life and Work of Irish-American Artist John Mulvany (1836–1906), in 1993. Weber began writing fiction in 2000. In addition to Constabulary Tales—a fictionalized account of her days as constable—she has written nine plays.