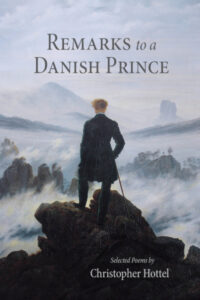 The poems in this volume have been selected from among the early work of Christopher Hottel, written in the ten-year period, 1966–76, in San Francisco, Berkeley, London, Boston, and New Hampshire. After graduating from UC Berkeley, Hottel taught at the Berlitz School in London and was engaged in literary research on Keats and Gerard Manley Hopkins at the British Museum. Returning to the United States, he performed throughout the San Francisco Bay Area with Tryptica, a poetry, music, and dance trio. His work was featured on KPFA radio in Berkeley and was published by Oyez Press of Berkeley and Oakland. He was also a stage actor with the Berkeley Repertory Theatre. Moving east in the early 1970s, Hottel did graduate work in Boston in Greek and Latin, as well as in Anglo-Saxon and Old Norse literature.