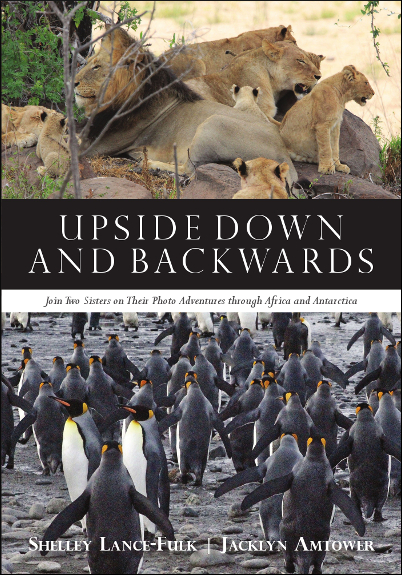 “The steep rocky, snowy, and icy slope we had to negotiate was frightening, and I hadn’t brought my hiking boots, why? Everyone helped each other as we began our descent, cautiously traversing the slope. We made turn after turn, making slow progress downward. When we hit a large steep snow field, a decision had to be made. Do we slide down or continue to zigzag down on foot? What did the Ernest Shackleton group do? Several of the group sat on the snow, locked legs, and tobogganed down the slope while the rest of us decided it was safer to continue traversing the slope on foot, even though it would take longer to get down. We made several safe turns until I slipped. I was holding onto another gentleman from the ship, and I took him down with me. We started to slide, and with our speed increasing, we began tumbling down the icy mountainside. There was no stopping us as we somersaulted and slid downward. We could not control our descent and mowed down three other climbers who became part of our tumbling party. At the bottom of the slope was a 300-foot waterfall toward which our group of five was now heading. With just about a hundred feet to go…

Shelly Lance-Fulk & Jacklyn Amtower are sisters living in Beaver Cove, Maine. This small rural community a few miles north of Greenville, is located on the east side of Moosehead Lake in Central Maine. This beautiful community is known for its wildlife, including white-tail deer and moose. They have been traveling and photographing wildlife both in Maine and around the world since their teens. They have visited all seven continents on multiple occasions and their passports have stamps from more than 75 countries. Their experiences of adventure, enlightenment and respect for animals are shared in a number of tales and stories with accompanying photographs taken during their travels. Although the sisters travel four to six months a year and enjoy the experience of meeting new people and observing other cultures and wildlife, the appreciation for the state of Maine always draws them home and to the animals that share the magic and splendor of the region.