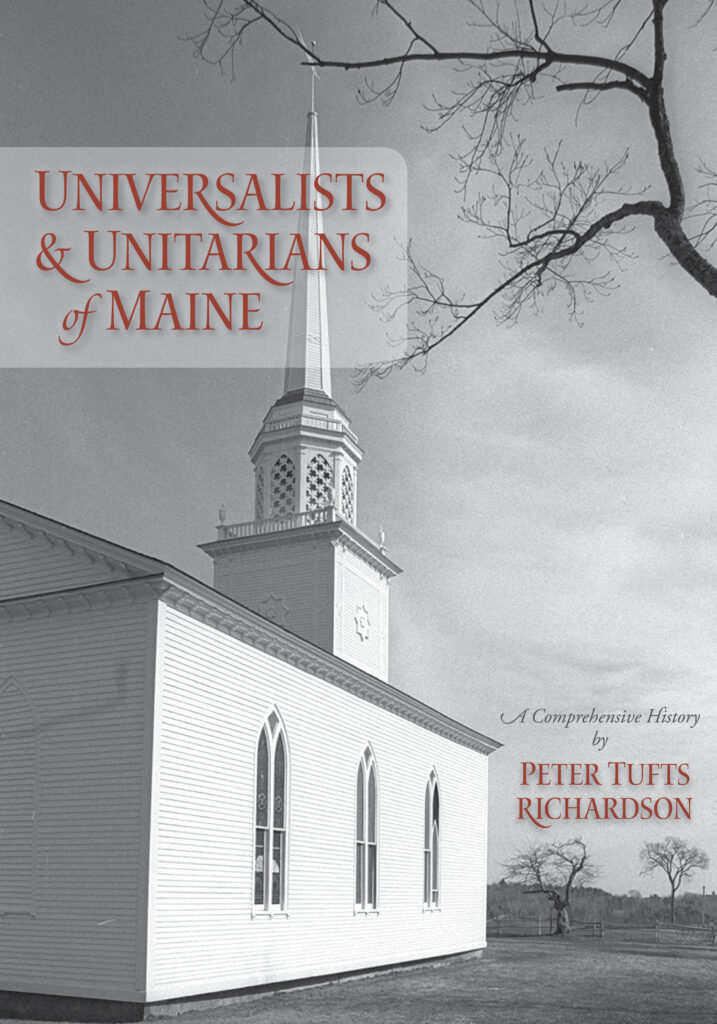 Maine’s oldest church is Unitarian, founded in Portland in 1674. Half of Maine’s early governors were Unitarians. Maine’s oldest Universalist congregation was founded in rural Norway in 1798. Inland Universalists prevailed against the emotional excesses of frontier revivalists and rigid Calvinist doctrines of a hell. Their message was instead benevolent, “God is Love.” Evidence of an early liberal presence in rural Maine abounds along small roads, and in scattered villages. Some of these buildings now house historical societies or condominiums. As a teenager with a Brownie camera, Peter Richardson started tracking them down and recording them. He imagined a world without electricity, an absence of paved roads and bridges over Maine’s great rivers and streams, a landscape of farms and general stores. Circuit riding ministers founded 71 congregations in a single decade of Maine’s early history. Over the past 50 years, Richardson has studied how the religion adapted to the growth of manufacturing and today’s post-industrial world. How did autos and trains impact a religion with churches in hamlets at crossroads? Congregations blossomed in 286 of Maine’s cities and towns, spreading permanent humane changes for a wider religious influence, which survives as Unitarian Universalist congregations in Maine society today.

With degrees from Tufts and St. Lawrence universities, both founded by the Universalists, Peter Tufts Richardson was ordained to the Ministry of Religion in 1965 by the Unitarian Universalist congregation of Kent, Ohio. He also served congregations in Texas, Massachusetts, and Kennebunk, Maine. His books include The Boston Religion: Unitarianism In Its Capital City, Exploring Unitarian Universalist Identity, Four Spiritualities, Archetype of the Spirit, Journey Beyond God, and Sunday Meditations. He has traveled on pilgrimage to 20 countries, using his photography in his writings and ministry, and conducting workshops in four countries including 13 U.S. states. He is author of the traditions statement, “Wisdom from the world’s religions which inspires us in our ethical and spiritual life,” of the Unitarian Universalist Association. He and his wife, Eleanor, live in Rockland, Maine.