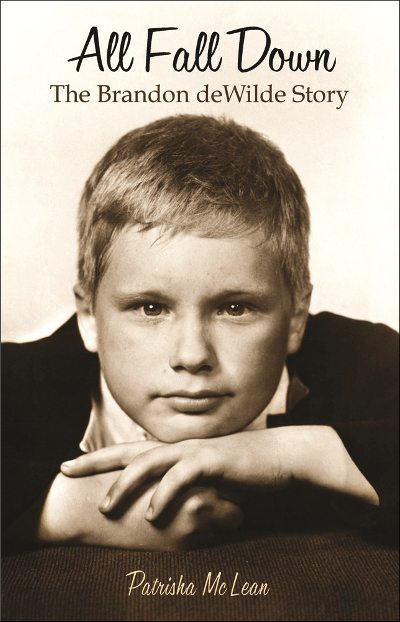 He made the cover of LIFE, starred on Broadway, had his own TV show, and was crowned “King of the Child Stars”—all before he was twelve. At thirty years old he was dead.

What happened to the little boy in Shane, tenderly exhorted by Alan Ladd to “Grow up strong and straight

Finally—the biography of one of America’s most heartrending cultural icons. Patrisha McLean (Maine Street: Faces and Stories from a Small Town, Down East Books, 2009) traces Brandon deWilde’s dazzling life; as a principal player in the sophisticated and glamorous Broadway and Hollywood of the 1950s and then in the freewheeling world of California country rock in the 1960s. All Fall Down illuminates the inexorable curse of child stardom, the tragic fraying of family bonds, and the recuperative power of love