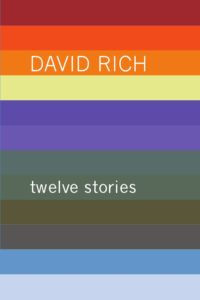 This collection of twelve short stories covers a wide variety of characters in a wide variety of situations, from a former Hollywood stuntman turned Buddhist, testing his meditative mettle in the wheel bay of a plane bound for India, to boys in a Boston suburb in the summer of 1942 playing at war in backyard trenches while the real war has a tragic impact on their lives. As a further sampling, there’s a schizophrenic man and his service animal; a highly intelligent, high-strung African gray parrot; a burned-out psychiatrist meeting a former patient in a bar; and a young French student who finds various parts of his body fighting with each other for dominance, thwarting his goal of mastering all human knowledge. There are also two stories with an obsessive focus, one about baseball, the other about irregularity, as well as one about two young people, both opera lovers and both with commitment problems who find each other, not without difficulty, during rehearsals for a performance of Wagner’s The Flying Dutchman